How to Live in Vancouver

If you follow my blog you’ll remember that I recently wrote about living in London. Since I wrote it, I’ve been thinking about the city I live in right now: Vancouver.

When I was fourteen years old Vancouver was my mecca. I would come here on spring breaks to visit my cool aunt and uncle who lived in Deep Cove. They were cool because they had no kids and were working artists. Vancouver had a magnetic pull and I deeply wanted a life away from winter and cowboys.

I moved here when I was 21 to go to theatre school and there are a lot of things I wish I’d done differently. Granted, that was a decade ago and things in Vancouver have changed, but I thought it would be fun to write a letter to myself circa 2001 about how to live in one of the world’s most “liveable” and beautiful cities. 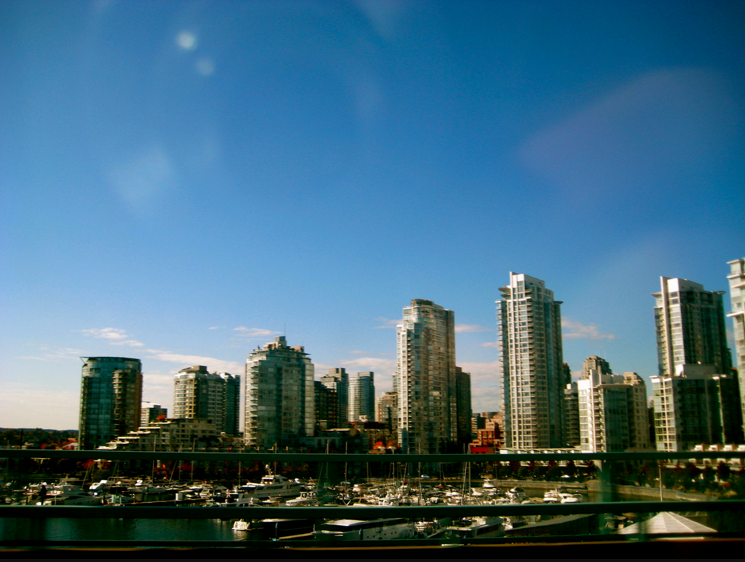 Vancouver from a car on the Cambie bridge.

You’re moving out of Calgary! Congrats! You’re going to one of the best theatre schools in Canada. High five! You’re living by yourself for the first time ever. Yay! Here’s some things you should know about life on the West Coast.

1 – Don’t live by school. You’ll call that area the Langara getto. In 2001 there isn’t even a Starbucks nearby. That’s how dead the area is. Move to Mt Pleasant. That’s where you belong.

2 – Get a bicycle and use it. Biking is the easiest and the quickest way around town. You’ll drop that freshman 15 you gained in Calgary in no time, plus you’ll realize how freakin’ small Vancouver is. Plus Vancouver drivers are kind of crazy and parking sucks.

3 – Find anyway you can to buy an apartment in 2001.  Get your family to pool money for an investment property.  You’re going to be there for school for three years anyway, think of the money you’ll be wasting on rent. Find anyway to convince them of this.

If you did buy something, by the time you moved to London for your MA you would have been able to make 200-300% profit. It would have easily paid for your school and then some. Housing costs just get crazier and crazier in this city. Maybe move in to the Lee Building at Main and Broadway, sure there’s prostitutes at the front door now but in two, three, ten years time – it’ll be the centre of awesome.

4 – Commercial drive is where it’s at for grocery shopping. Cheap and delicious produce is abundant. Join the car co-op (because Zipcar and Car2Go isn’t here yet) and take a weekly trip for food with your acting buddies.

5 – Dating in Vancouver is weird. Guys never approach women like they do in Calgary. I suggest you travel to Seattle.

7 – Yes, the rain sucks. Every April you’ll wish you were dead or somewhere else. Just go somewhere sunny in the winter, it will help. Also, take Vitamin D.

8 – The sushi in Vancouver is some of the best in the world, enjoy it. Because one day you’ll move to London, come back a year and a bit later and eat sushi and end up in the ER because sushi made you break out in hives and now you’re afraid of it. Enjoy it while you’re safe.

9 – Things that are awesome that you need to get involved with: Women in Film, PuSH Festival, the comedy scene, the Cinemateque, Cold Reading Series, blogging – bloggers are big in Vancouver. 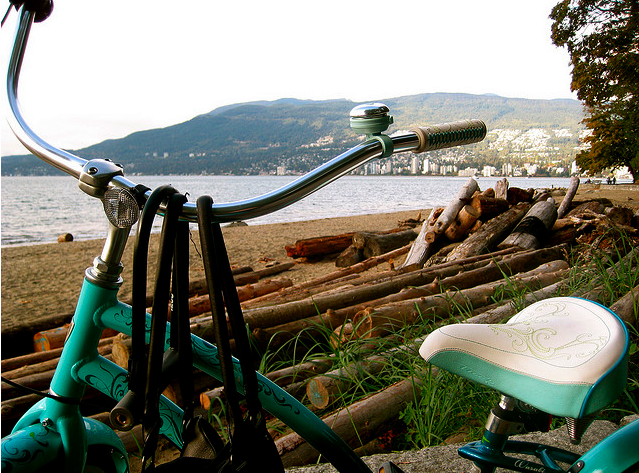 10 – Go to Tofino! If you don’t do it while you’re in theatre school and life is easy (ok during the breaks) ten years later you’ll never have done it. I hear it’s amazing, so go.

12 – This city has beaches! Go! Go much more often. Third beach is the best. It’s away from the city yet close to the city and there’s less naked people than wreck beach (which isn’t your scene at all).

13 – Just like how Londoners drink Vancouverites love to do drugs, mostly smoke pot. You’re too straightedge to be cool. Sorry. Just accept it.

14 – It’s true this is a hard city to crack. In a 2004 article with Famous (now Cineplex) magazine The King’s Speech actor and one-time resident of the lower mainland Colin Firth joked about how it was “much, much easier getting into Hollywood than to get into the Vancouver theatre system.” It’s not really a joke, although film is going to be hard to break into as well. Just keep doing your thing. You’ll do okay. Remember, an overnight success takes 10 years. Or there’s always Toronto. 😉

Enjoy it kiddo, you might not be here forever.

6 Replies to “How to Live in Vancouver”