Join Sara Bynoe and Riel Hahn for a night of comedy, storytelling, and joy.
These two Vancouver treasures are charming and multi talented forces of nature, and both are kind of uncategorizeable, so they made a show where they do whatever they want on stage, which equals them having a good time, which equals you having a GREAT time!
Funny, smart, welcoming and probably a bit weird, it’s Sara Bynoe and Riel Hahn on stage. And you! That’s it. That’s plenty!
Upcoming Show:
HOLIDAY SPECIAL!
Dress up and join the party

Limited capacity. DM us to get on the guaranteed seating list. 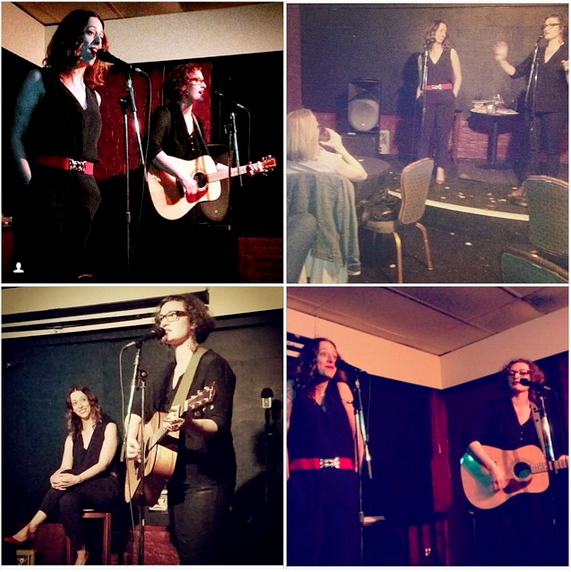 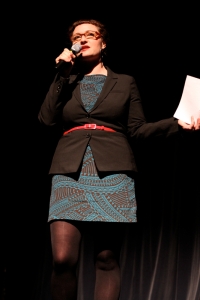 I am a Vancouver based comedian who has been described as “delicious”, “hilarious”, “ferocious”, “filthy mouthed” and as “a blizzard in the House of Commons”. I grew up traveling with the Caravan Stage Company, town to town by horse and wagon, and later worked extensively with the Caravan Farm Theatre. Familialy, I come from a long line of compassionate, opinionated, active and funny lefties. These experiences provided me with a rich cache of stories, and some discomfort with stasis and classism. I am constantly searching for the new, inclusive and stimulating both personally and professionally. Ultimately I believe that funny trumps everything.

I’m a performer who has been described as “charismatic,’ ‘lovely,’ ‘talented,’ ‘effervescent,’ ‘brash’ and ‘a local mover and shaker.’ For the last 15 years I’ve been running an event called Teen Angst Night. For the last 4 years I’ve been running a show called Say Wha?! Readings of Deliciously Rotten Writing. I went to two theatre schools; one of them was Studio 58. I Story Produced the first season of Sex Sent Me To The ER on TLC.  I’ve been doing improv with VTSL’s Rookie Night for way too long.  I believe if everyone could laugh at themselves and learn to play the world would be a better place.