While we were driving in from Vegas we tried to contact the Airbnb we’d booked in Laurel Canyon. I phoned, while Kitty drove, and let it ring over 15 times. There was no answer and more surprisingly there was no voicemail. How does that still happen in 2012?

We started to get nervous. We drove down the skinny , windingroads of the Hollywood hills and found our AirBNB home but there was no person there to be found. It wasn’t even clear what door we were supposed to go to. It wasn’t until I wandered around the property screaming “Hello? Hello?!” that the owner/ manager emerged.

This guy looked like a stereotypical LA wanna be rock star: long hair, messy jeans and stoned. He showed us to the room we’d booked online weeks ago, and it looked less welcoming than the photos online. That fish-eye lens is very deceiving. We were staying at my friend Andrew’s place in Hollywood for the next few nights so we’d made plans to meet up with him at 9pm to get his keys. As we were refreshing ourselves in the freezing cold apartment for the night, the fuze blew – turning off the heater and several of the lights.

I texted Andrew to see if we could spend the night with him. He was fine with that.  Our knight in shining armour! We were out the money either way, but at least we’d feel safe and warm for the night. Kitty and I took our bags and snuck out without saying goodbye to our stoned friend.

Andrew lives in the perfect spot; East of the craziness of Hollywood and Highland but close enough to walk to most of the good stuff. That evening we took it easy, walked to the Archlight theatre and saw This is 40. My review: meh. Sure, it was funny at times, but I have a lot of questions. What about their mothers? Why are women in Judd’s movies either virgins or whores?

The next few days are a Hollywood blur. We checked out an improv show at Upright Citizens Brigade, went dancing at a Soul Night in Echo, went to the Getty museum, had brunch across the street from a 1984-looking dusty blue building (see photo below). Brunch was good, but I questioned the religion of everyone around me. 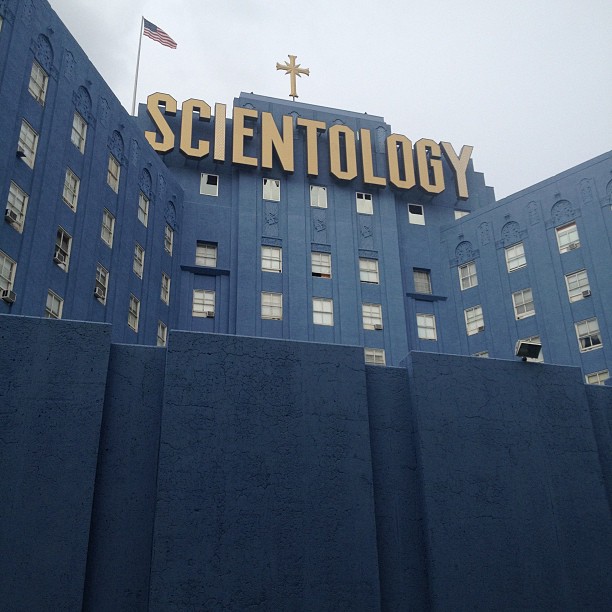 Unnamed blue building we had brunch across the street from in LA. 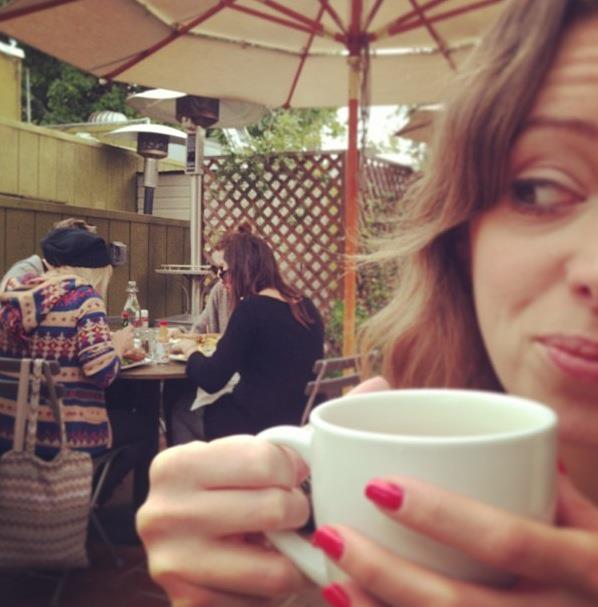 Hipsters or members of the church in the scary blue building across the street? 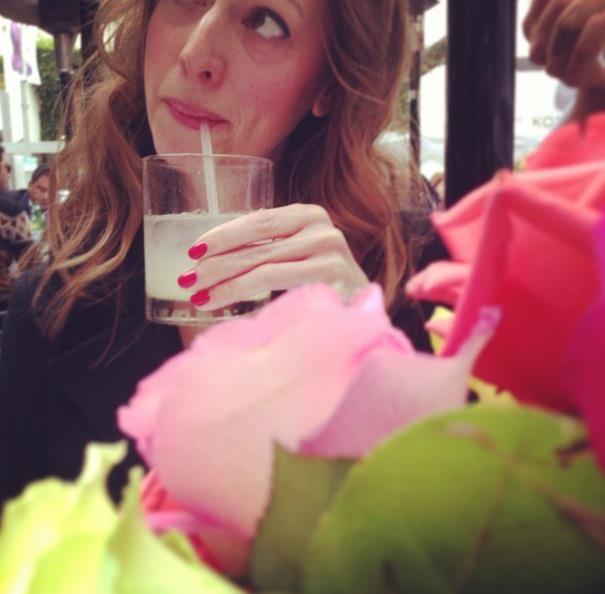 Drinking my $20 margarita at the Ivy. Why so much? Because the server up sold me some top shelf tequila. Jerk.

We also decided to star stalk and went for lunch at The Ivy. Sadly, we didn’t see any celebs or paparatzi, but the people next to us were talking about cocaine and their drug dealers.

The first time I went to LA as an adult was in 2005. I stayed with friends who were down there for pilot season. I was hanging around with a bunch of skinny untrained actors that made me feel ugly and fat.  This time I was there just for fun and that’s just what I was having …then came Christmas Eve.