I love the Internet

I spend a lot of time on the Internet. Recently I had a job where I spent 8 hours a day watching YouTube and finding funny family friendly clips. It was awesome.

Because of this dream job and the excessive amount of time I spent online, I realized two things that have changed my life for the better.

Firstly; baby sloths are the new baby owls. They are the cutest thing on the Internet right now, and their popularity is growing. Don’t believe me? Check out this cuteness.

Wasn’t that adorable? Don’t you want to hang out with sloths all day long now? I do. Turns out so do the producers at Animal Planet because there is a show coming called Too Cute! Baby Sloths. What a title.

The other thing I learned is that Twitter is amazing. Don’t believe me? Here’s my proof. I tweeted in January that I wanted an e-reader so I could read some truly awful self-published books that were only available as ebooks. Then someone sent me one! Not someone from Kindle who was doing a brilliant job marketing their product. I was sent one by a regular guy who is awesome.

I know what you’re thinking and no, I didn’t have to send naked photos of myself or anything. He just wanted to help me and my comedy show Say Wha?! Twitter is amazing – proved!

Then, to add to this and further prove to you the dreams-come-true power of Twitter yesterday I tweeted:

It was decided a mash-up would be the cutest and hours later one of my Twitter followers @incredulousbear (I have no idea who he really is) made me these jpgs. 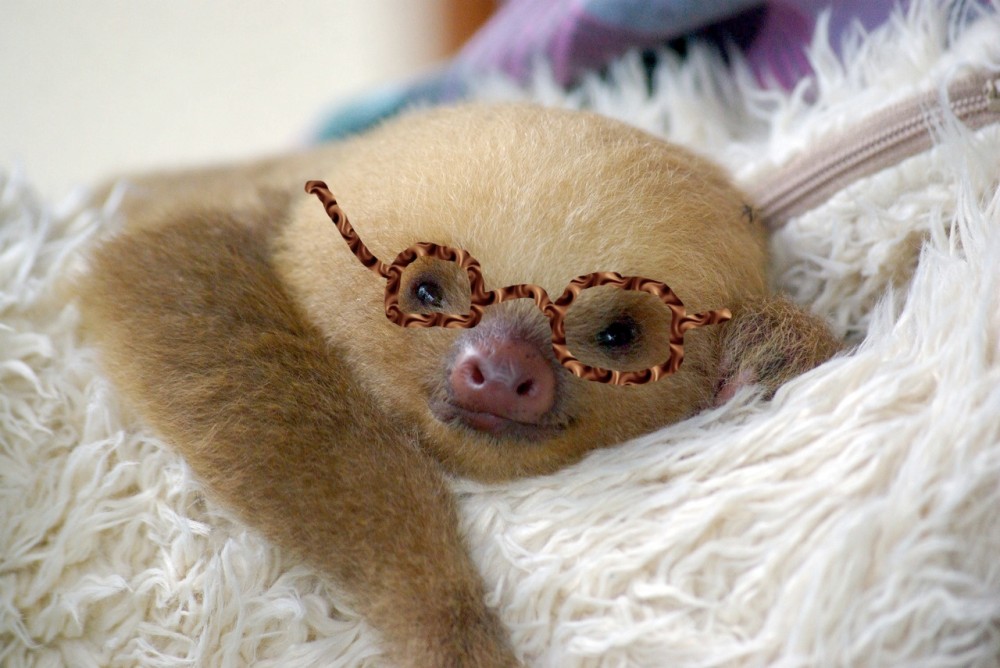 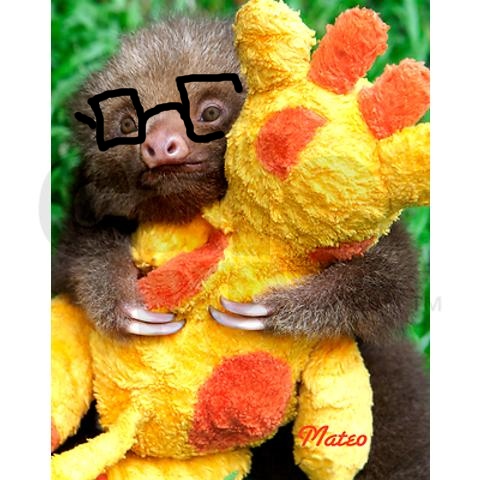 These are pretty adorable, right? They’re also hilarious. I laughed for 10 minutes straight and squealed with joy.

See, the Internet (and Twitter) is amazing! My life is so much better for it and I’ve connected with people in ways I never thought I would have before. I have made new friends that I’ve never event met and I also discovered a new favorite animal. (So long Scottish Fold kittens.)

But back to the debate. Which is cuter babies with glasses or sloths? Or it it really baby sloths with glasses?

Here are some pictures of babies with glasses. You decide. Either way I’m having a cute overload. Thank you Internet!

One Reply to “I love the Internet”